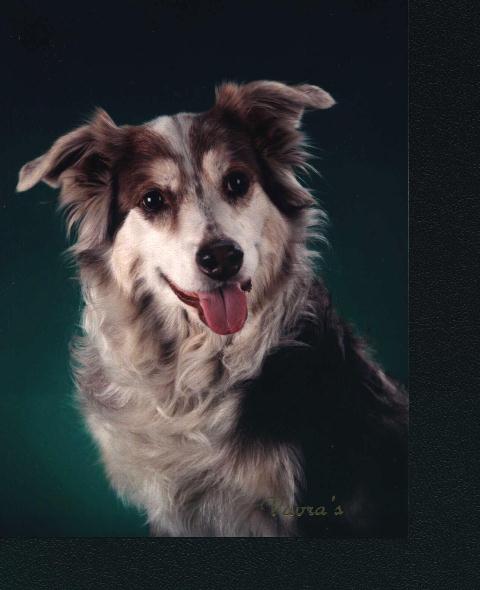 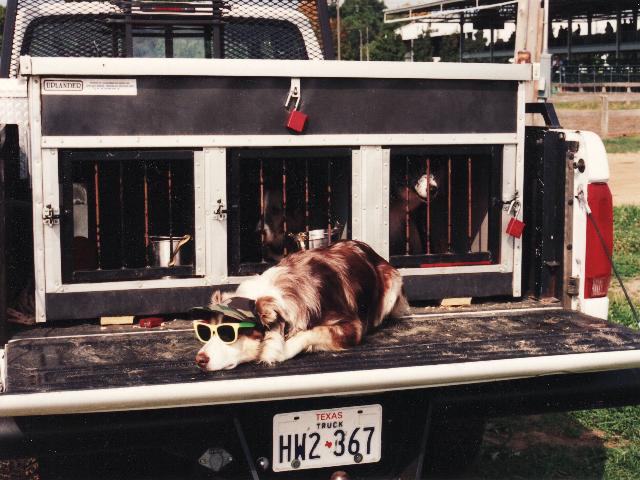 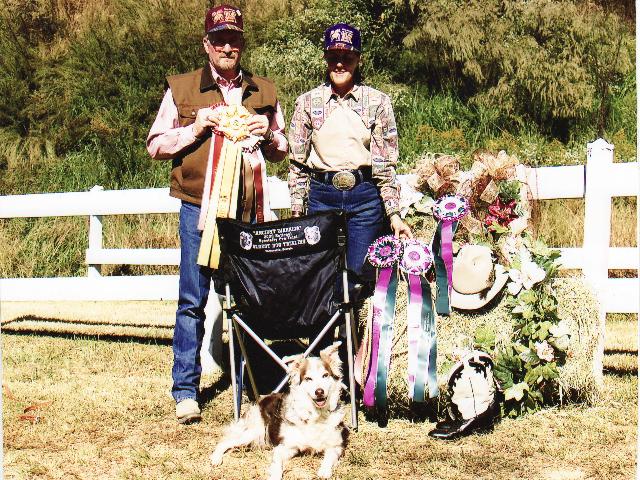 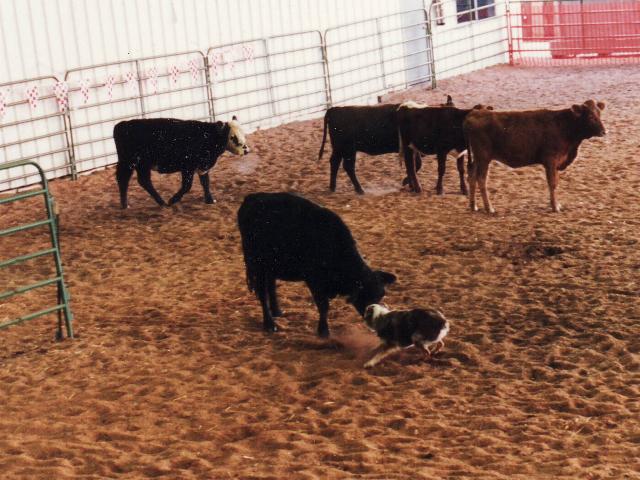 WTCH TACOMA SANDMAN, PATDsc, RTDsc, RDX
ASCA Stockdog Finalist in Sheep, Cattle and Ducks since 1992 and placing in finals since 1993.   Sandman has over 50 High in Trials and was the first dog to obtain his Post- Advanced sheep and cattle titles.  He was also the last dog to receive a Ranch Dog Excellent title.   If you have been around “dog people” long enough, I’m sure you have heard the term “once in a lifetime dog”.  For us, Sandman was that “once in a lifetime dog”.  He was a loving family member who loved to work stock, but to a greater degree, loved to please his master.  He was a very talented dog and has left behind several rooms of the house, covered with his “high-in-trial” ribbons. He was also a very gentle and kind dog  to his stock.  He rarely bit a cow during a trial – never had to.  He simply placed himself in the proper position, stood his ground and politely asked the cow to move.      Jan 1989 - March 2003 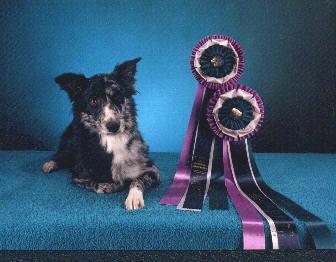 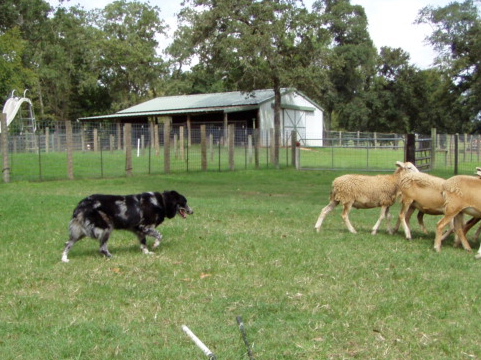 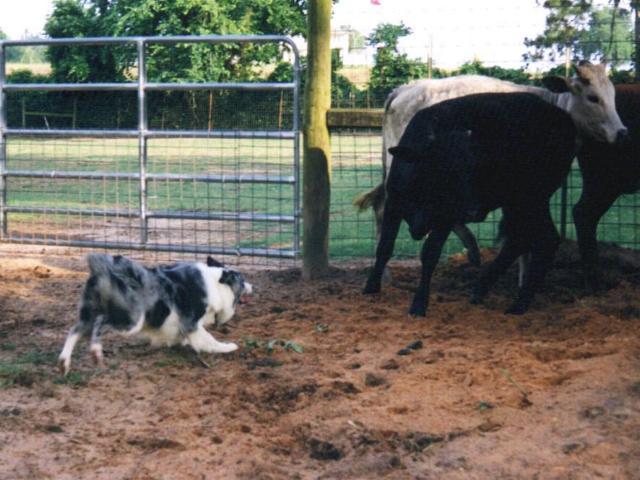 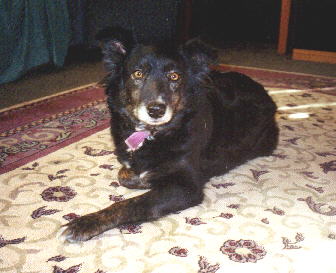 HOF  WTCH ROLLER'S RDTc, DNA-CP
Jasper was a blue merle, triple registered with ASCA, AKC and NSD.  Eyes certified. OFA good.  He was at home with large groups of cattle and would head or heal as needed.  He worked wide and read cattle well with all the inner drive to work stock a person could want.  Jasper's second breeding to Diamond S Lady Zee placed him in the ASCA Hall of Fame.
January 15, 1994 - July 21, 2006 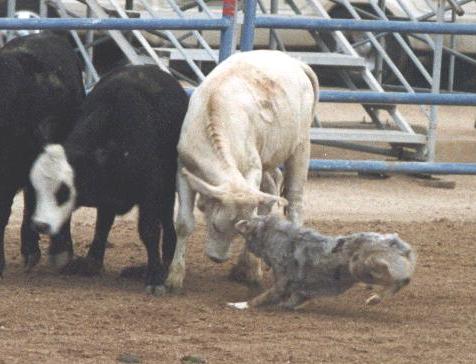 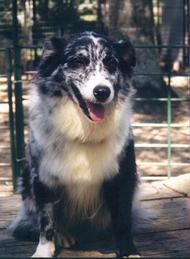 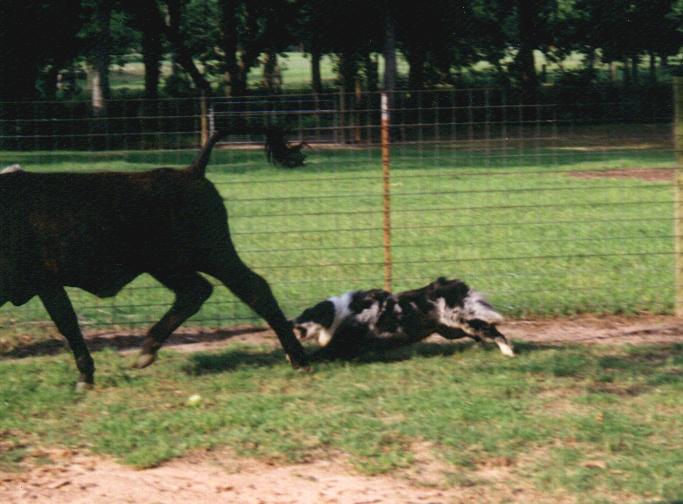 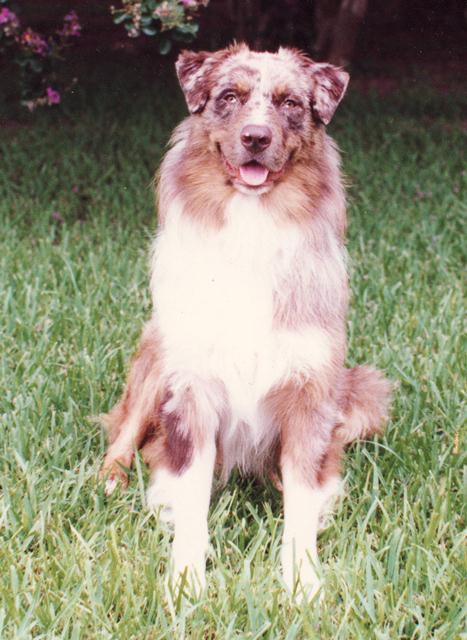 HALL OF FAME DAM DIAMOND S LADY ZEE, STDc, DNA-CP
HOF Diamond S Lady Zee, STDc, DNA-CP was entered into the Australian Shepherd Club of American Hall of Fame,  # 0105 with THREE PUPS FROM HER FIRST LITTER, WTCH Beret's Dogone Grit, PATDsc, RTDsc,  WTCH Beret's Brisk Winn Dollar, RTDs and  WTCH Beret's Xena Warrior Princess, PATDs, RTDsc.   All three littermates qualified for the ASCA National Finals in Georgia October 2000 and Greeley, Colorado September 2001.
May 20, 1995 - June 9, 2006
WTCH HEARTHSTONE'S PINK TERA BERET, RTDcs
ASCA CATTLE FINALIST 1994-95
ASCA MERIT WINNER 1993-94
Pinky was our #1 dog in her time for dog-breaking cattle.  She would bite the nose, turn the cow and then bite the heel.  After retirement, she resided as a house dog until she passed away at the age of 17.
WTCH Dart-A-Bout Vincent Red Beret
Vinnie placed fourth in the Open Red Merle class at the ASCA National Specialty in 1990.
Vinnie was our first dog that we competed with, both in the conformation ring and in the trial arena.   We lost our Vinnie to lymphosarcoma at the age of 3.  He completed his WTCH title after his cancer went into remission.  He lost his battle 2 months after completing his WTCH. 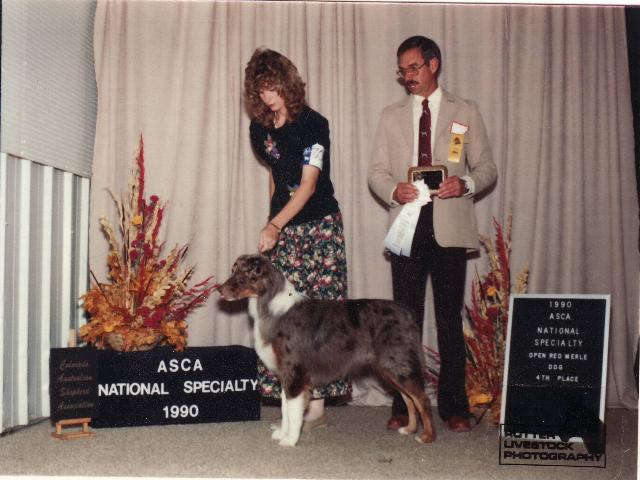 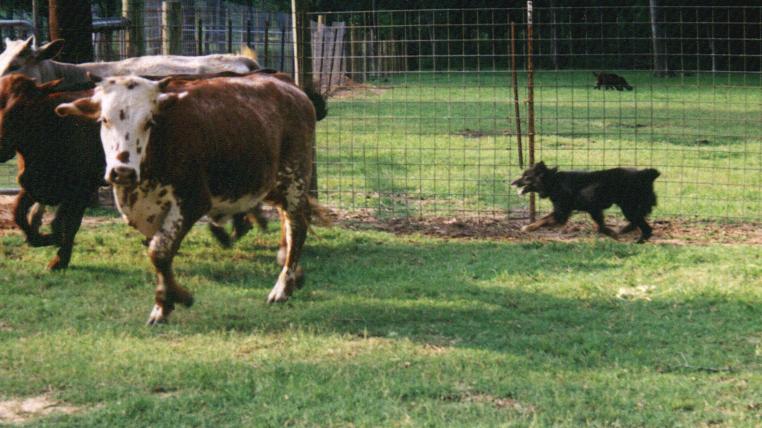 WTCH CALCUTTA BEAMER
Sire:  Calcutta Powder Burn
Dam:  Hangin' Tree Boots
Beamer was an extremely strong heeling dog.  She also had a strong desire to chase cats and heel anything moving such as bicycle tires and her owner's feet! 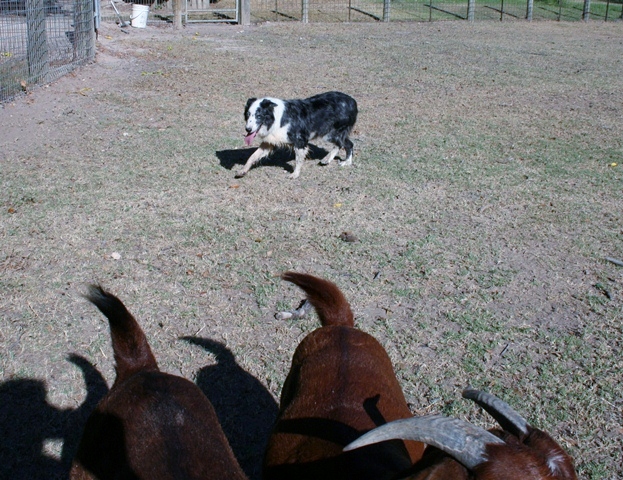 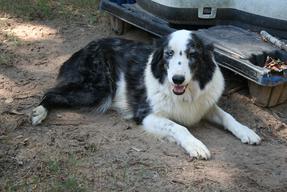